The Farrow Walsh team were out in force on 30 September to support the Alex’s Wish Golf day.

As a major sponsor of the event, Farrow Walsh saw their name emblazoned across the golf buggies used on the day.

Alex’s Wish is a charity whose aim is to find a cure for children with Duchenne Muscular Dystrophy. Their mission is to raise £1m by 2020 to get into the hands of the world’s leading scientists who have the best chance at making a cure a reality.

This is the sixth golf challenge organised raising £7,085.00 for research and clinical trials. Farrow and Walsh has been fortunate to have played each year.

Chris Farrow, Director at Farrow Walsh commented: ‘It is really important for us to support local charities that don’t receive national funding. And if it means that we get to network and have some fun along the way, then this is even better.’

Regrettably Farrow Walsh did not place up the leader board while their guest Ben Hall achieved the longest drive of the day. 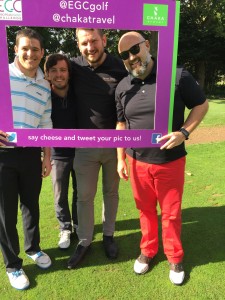